Ghost Stories from the Bluecoat

For about 200 years of its history, Bluecoat was a charity school for orphaned children, and some of the paranormal reports are predictably related to its past as a school. Our records of strange happenings date from the 30 or so years before the building closed for its redevelopment in 2005, and these accounts come from staff, tenants and visitors to the building.

We know what certain areas of the building were used for, the present Hub space, for instance, was the refectory where the children ate, and the Bistro upstairs was the chapel. It’s believed the garden was the playground and the back buildings in College Lane, where the Bluecoat Display Centre is today, was a laundry. 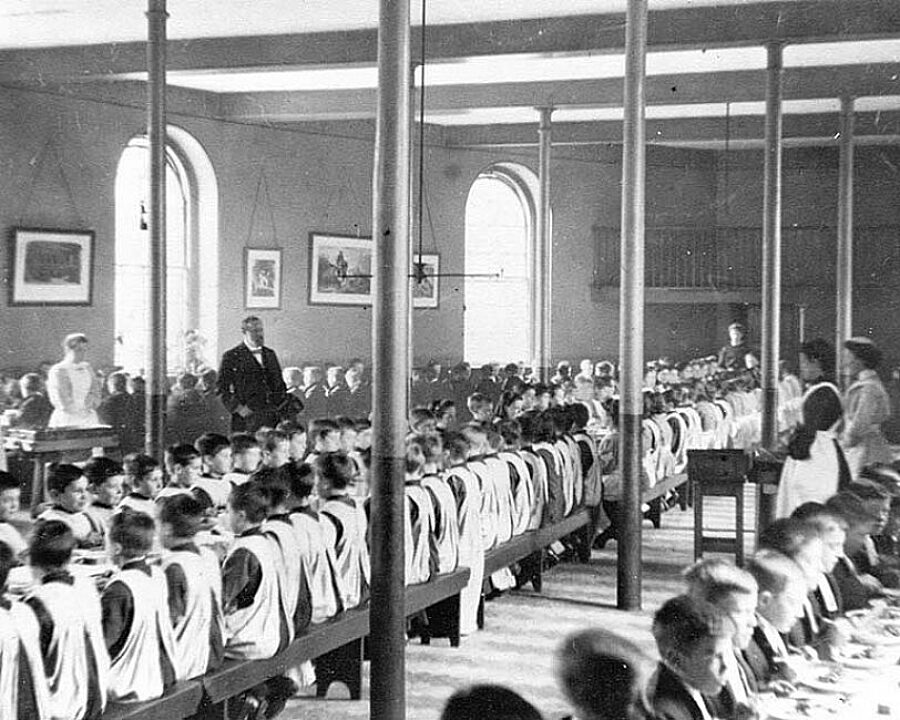 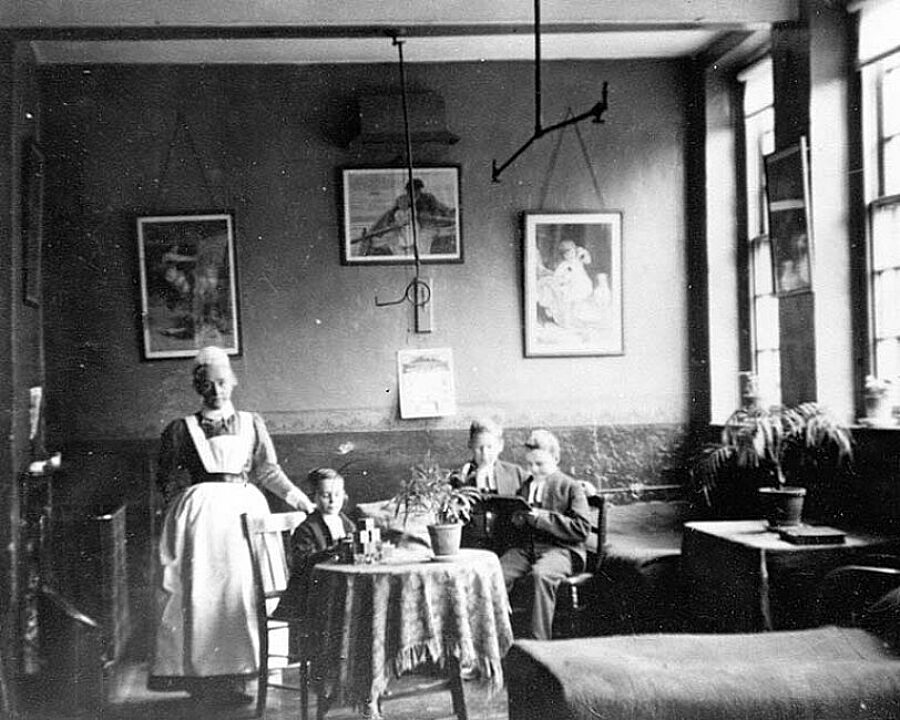 Rumour has it that a small room on the top floor of the Western wing was a punishment room, and a child was heard crying from this direction by a cleaner first thing in the morning. On the same side of the building, at the bottom of the stairs voices of children playing were heard in summer 2005 when the building was completely empty, by a Bluecoat staff member and a visiting phone engineer.

Children, often in pairs, a boy and a girl, have been reported. On one occasion during a summer music event in the garden a member of staff from the café (then situated in the long room now occupied by Kernaghan’s Books) saw two children attired in period school uniforms standing at the café counter as she went back to replenish the drinks for the event.

Another phantom pair was seen in the East wing by a tenant, who passed them on the stairs, but when she turned to look at them, they were gone – like the tenant who, we understand, never returned. In the top corridor of this wing a lady in a long grey dress was seen standing at the far end by another tenant who was about to turn the light off before locking his studio for the night, an experience that the building supervisor later admitted he had shared.

Another lady in Victorian attire, accompanied by a man in a stovepipe hat, was spotted a few years before the 2005 closure, standing in the garden outside the Bluecoat Display Centre. The spectral couple stared at the man, so unnerving him that he left, vowing never to return, but he recounted the whole episode in a letter he sent to Bluecoat (now in our archive). It has to be said that the gardener at the time, Brenda Evans, spoke to the man when he claimed he was seeing the couple and she could not see anything and thought he was hallucinating. There has even been a report of a horse grazing in the garden.

Another (living) animal, a police dog was too scared to go up the stairs to the concert hall (the present Bistro) one night when the caretaker called the force out to investigate the alarms going off. The dog stood growling at the foot of the stairs, refusing to ascend them.

The concert hall was especially creepy in terms of the creaky sounds that emitted from it as the building settled at night. A former Bluecoat board member asked if we had ghosts, following a building tour we gave him, since he said he definitely felt a presence in the Green Room behind the concert hall. The top floor of this wing – with its uneven floors and walls, long forbidding corridor and echoing silence, was, pre-development, especially creepy and not the most pleasant place to be the last to leave at night.

Of greater supernatural significance to those of a paranormal disposition, the strange case of the fiery crystal ball must be mentioned. In the early 1980s a touring exhibition entitled ‘Art of the Invisible’, which examined the links between the birth of abstract painting and the psychic beliefs of its pioneers like Kandinsky and Klee, came to Bluecoat. It included a crystal ball, reputedly once owned by Aleister Crowley (dubbed the most evil man in Britain for his flirtation with all things Satanic), and was to be displayed in a glass case for protection. Having duly positioned it on a velvet cushion, some hours later during the installation of the exhibition, smoke was spotted coming from the case – Crowley’s ball had focused the sunlight coming in through the gallery window and started a fire. Luckily this happened before the exhibition opened and the window was subsequently blacked out, but imagine the damage the old devil’s crystal ball could have caused on a Sunday when the gallery was closed!

In recognition of its ghostly reputation, Bluecoat was featured on Most Haunted, the popular national TV programme that investigates spooky buildings. This took place during closure and was broadcast on 9 December 2005. They explored Bluecoat during a special live episode, you can watch on Youtube below.

When the building was closed for a major capital development (early 2005-March 2008), members of the construction and design teams set up temporary office in the Library. On one occasion, in preparation for a meeting the next day, papers had been laid out neatly on a long table. The next morning, when the room was opened up, these had been messed up, yet no-one had had access to the room overnight.

After the reopening in 2008, the building has seemed relatively quiet in matters supernatural, however in recent months a mysterious presence has been experienced on the top floor of the East wing by one of the tenants.

Explore the history of the Bluecoat