Our newest project will explore our historic building’s origins and explore their echoes in Liverpool today. It will examine how continuing legacies from its original purpose as a charity school connect to the lives of young people in the city. 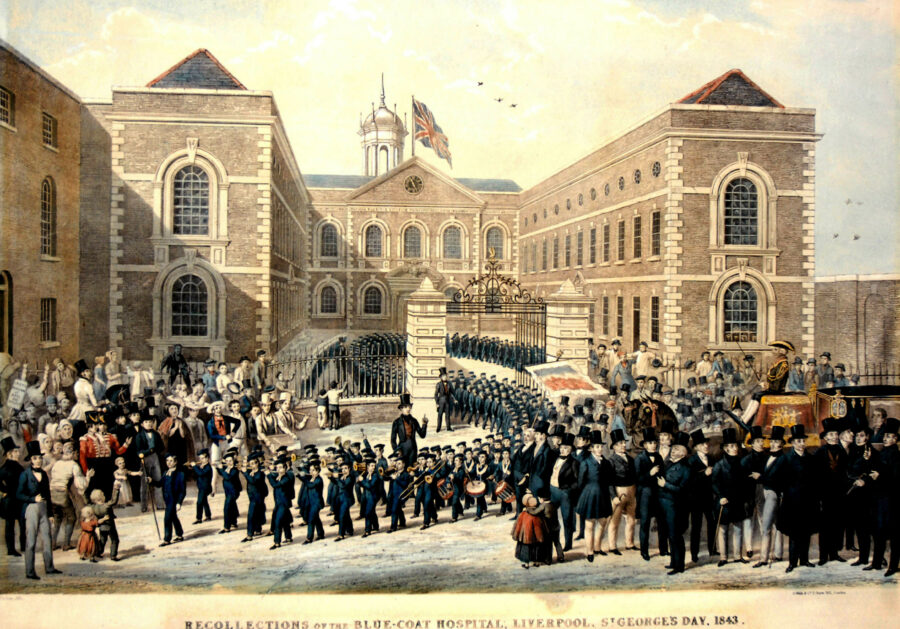 1850 lithograph by Thomas Picken, Recollections of the Blue-Coat Hospital, Liverpool, St George's Day, 1843, after a painting by Henry Travis 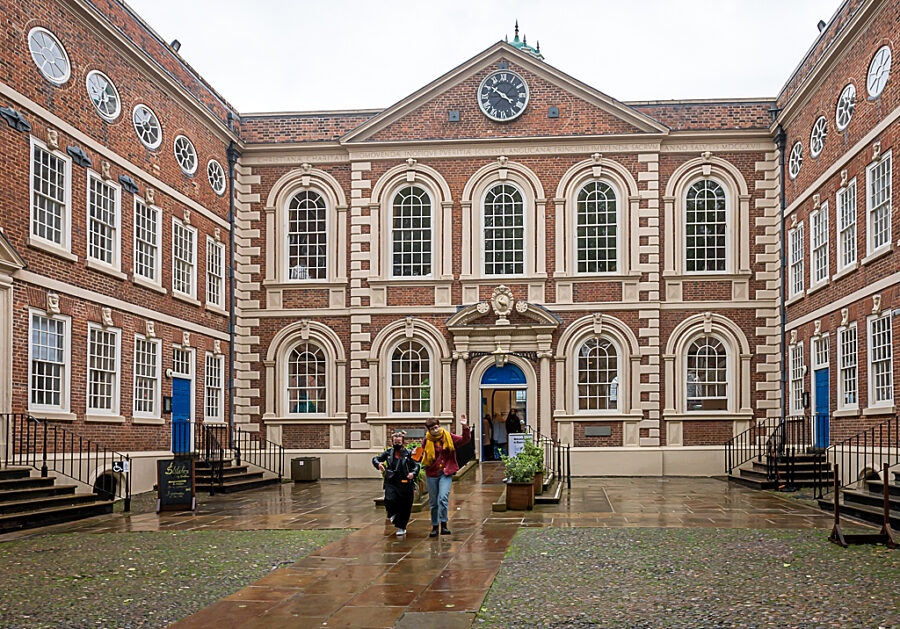 The project is split into two strands, with the first focusing on ‘Colonial Legacies’. Its starting point is the building’s connections to the sea, through the Liverpool merchants who supported the school using profits derived from trade with Africa and the British colonies. This includes the transatlantic slave trade and goods enabled by slavery, such as cotton, sugar and tobacco, which contributed to the charity school’s fortunes.

We're excited to work with young people from the Greenhouse Project in Toxteth to explore some of the stories of the building including colonialism and the empire, slavery, migration, diaspora, independence, race and identity through discussions, creative activities and research.

The project will culminate in a public programme of talks, performances, displays and other activities devised by the young people, staged at Bluecoat, Greenhouse and online in early 2022.

The second part of the project will focus on ‘Looked After Children’, and will take as its starting point Bluecoat’s original philanthropic purpose as an educational institution set up to help the town’s poor and destitute children.

Colonial Legacies will focus on the origins of the Bluecoat building and its connections to the transatlantic slave trade, and goods enabled by slavery such as cotton, sugary and tobacco which contributed to the charity school’s fortune.

The project also seeks to develop anti-racist leaders in the arts, working with 14-18 year olds in Liverpool.

Click here to find out more about Colonial Legacies

This strand of the project aims to commemorate the lives of the children who were students in the Bluecoat building when it was used as a residential school for destitute children.

We're looking for anyone with a special interest in the history of the Bluecoat children to get involved. We’d especially like to hear from people who are care-experienced who can help us to sensitively represent and commemorate the lives of the children cared for at Bluecoat.

Click here to find out more about Looked After Children.

Bryan Blundell and the Origins of the Blue Coat School

Follow us on social media for the latest updates