Public View was an exhibition by 106 Bluecoat alumni artists. Celebrating the Bluecoat’s 300th Anniversary, it was curated by the arts centre’s Artistic Director Bryan Biggs and brought together artists who had exhibited at the venue, mostly from the 1970s to the recent past.

Public View was an exhibition by 106 Bluecoat alumni artists. Celebrating the Bluecoat’s 300th Anniversary, it was curated by the arts centre’s Artistic Director Bryan Biggs and brought together artists who had exhibited at the venue, mostly from the 1970s to the recent past. The exhibition included paintings, drawings, prints, sculptures, video and mixed media. Many of the artworks had been previously exhibited in Bluecoat, while some artists re-made or showed new works. Some donated their work to a fundraising auction later in the year.

The exhibition highlighted Bluecoat’s curatorial developments, bringing together work from a variety of sources, mediums and styles, across the post-war period, into the 21st century.

Sonia Boyce OBE is a British Afro-Caribbean artist, working in a variety of media including drawing, photography and video. Often exploring art as social practice, Boyce regularly focuses on collaboration with other artists including Elaine Mitchener (Exquisite Cacophony, 2015). Boyce is Chair in Black Art & Design at University of the Arts London. 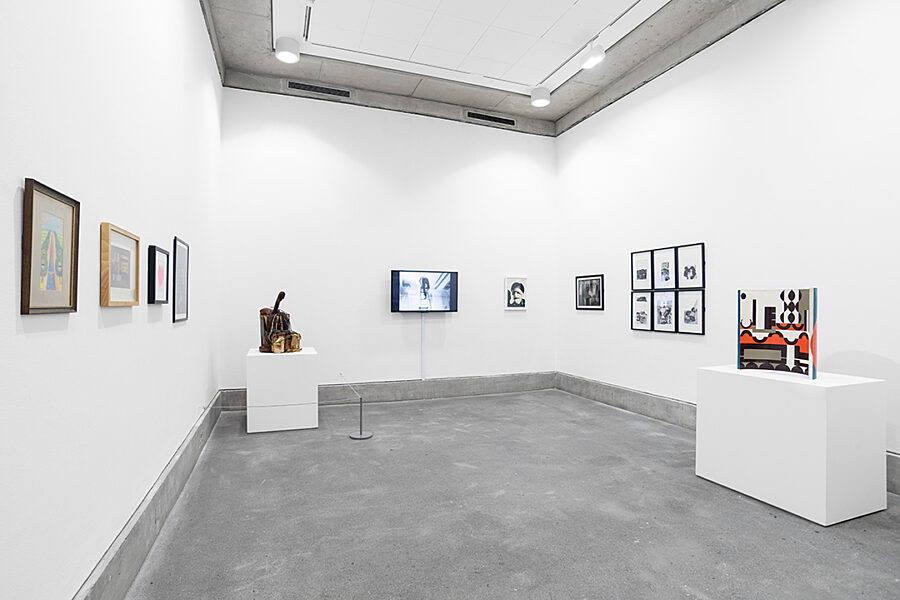 Edge trained in Cardiff as a ceramicist, and emerged partly through exhibitions featuring Black British artists in the 1980s. Making subversive use of craft processes like batik, shisha embroidery and slip trailing, she challenged ideas surrounding identity and gender. Edge exhibited at Bluecoat several times in group shows including Black Art: Plotting the Course (1989), A Table for Four (1991) and a solo exhibition, Virtual Duality (1994), and was commissioned to do two large-scale participatory performances, Sold Down the River (1995) and The Observer’s Book of Independence (1997). She was selected for Trophies of Empire (1992), presenting work at the Ferens Art Gallery in Hull. 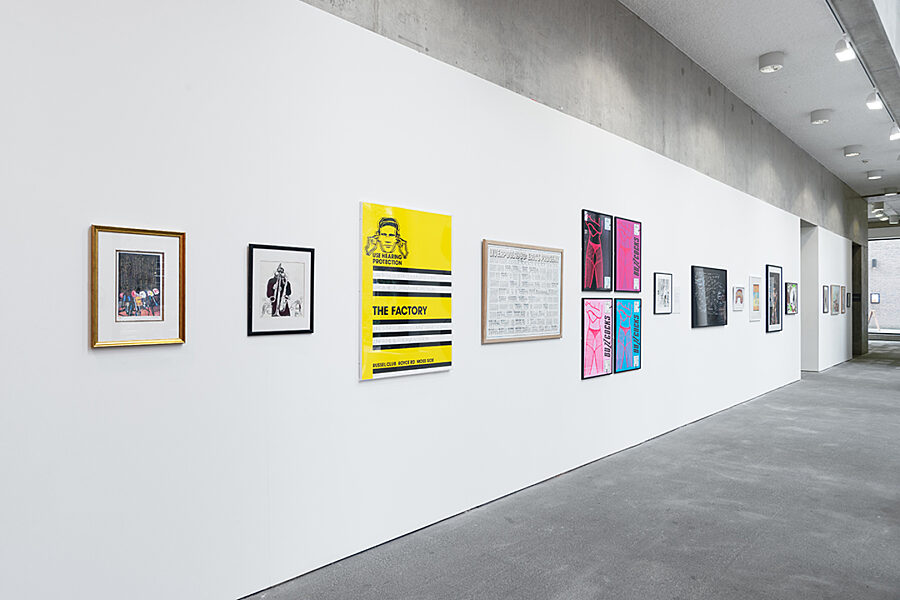 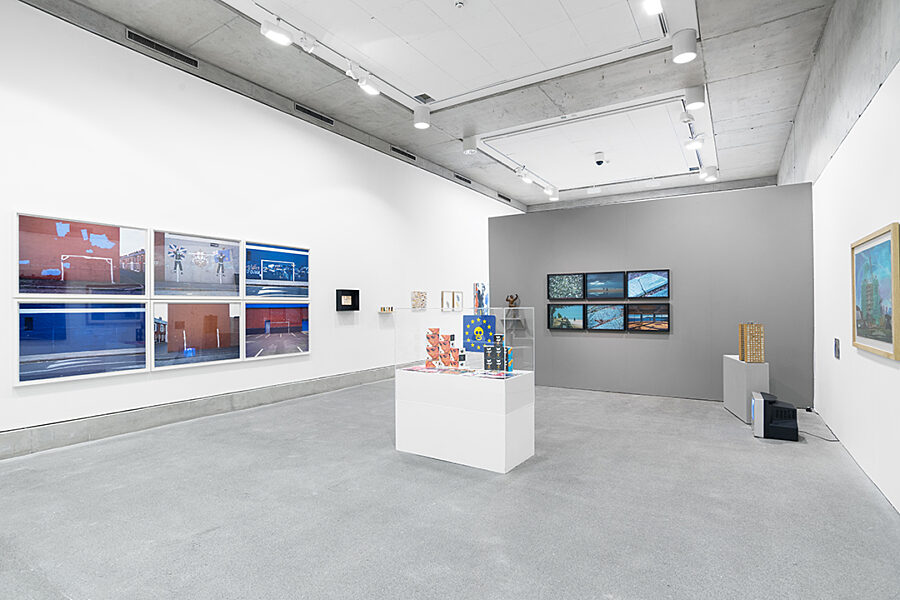 Public View (2017). Visible in the centre is The Trophy Cabinet by South Atlantic Souvenirs & Trouble.

Himid studied Theatre Design at Wimbledon College of Art and received her MA in Cultural History from the Royal College of Art. She was a central figure in the British Black Art movement that emerged in the 1980s, influential in her art, writing and curatorial practice. She won the Turner Prize in 2017. Himid has exhibited twice at Bluecoat in seen/unseen (1994) and Public View (2017). 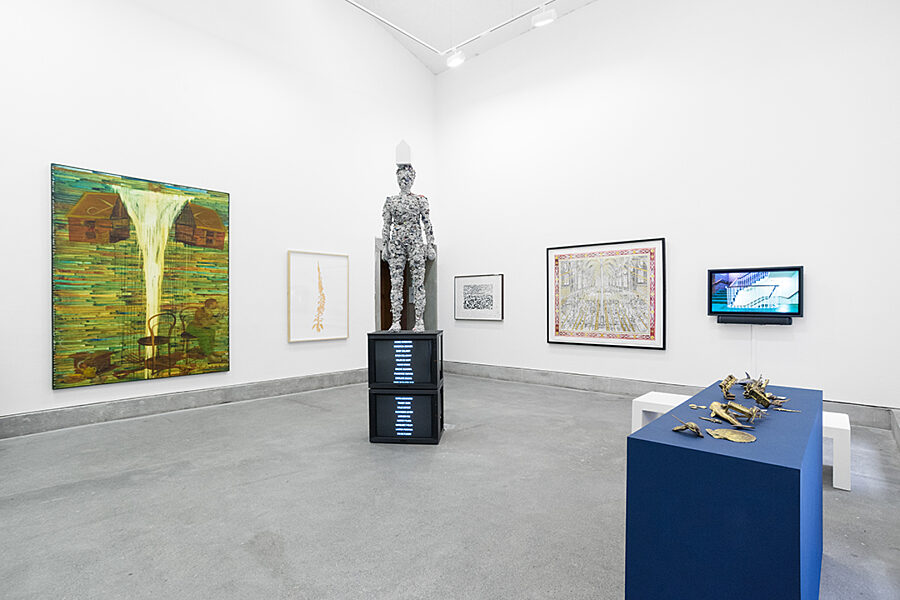 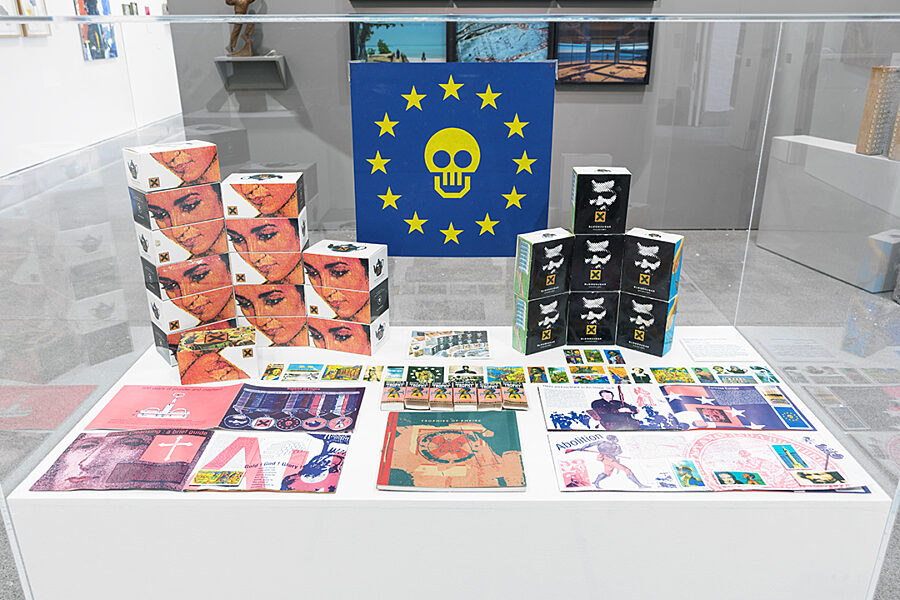 Public View (2017). The Trophy Cabinet by South Atlantic Souvenirs & Trouble and the Trophies of Empire publication in the centre.

Jurack was born in Germany and lives on Merseyside. She is Head of Sculpture and Time-Based Arts at Manchester School of Art. She was the Henry Moore Sculpture Fellow in 1993 and nominated for the 2014 Liverpool Art Prize. Her work is motivated by the desire to depict elusive visual sensations. She has exhibited with Bluecoat on multiple occasions: Away From Home (1999), Next Up (2008), Democratic Promenade (2011), and most recently Where the Arts Belong: Making Sense of It All (2022). 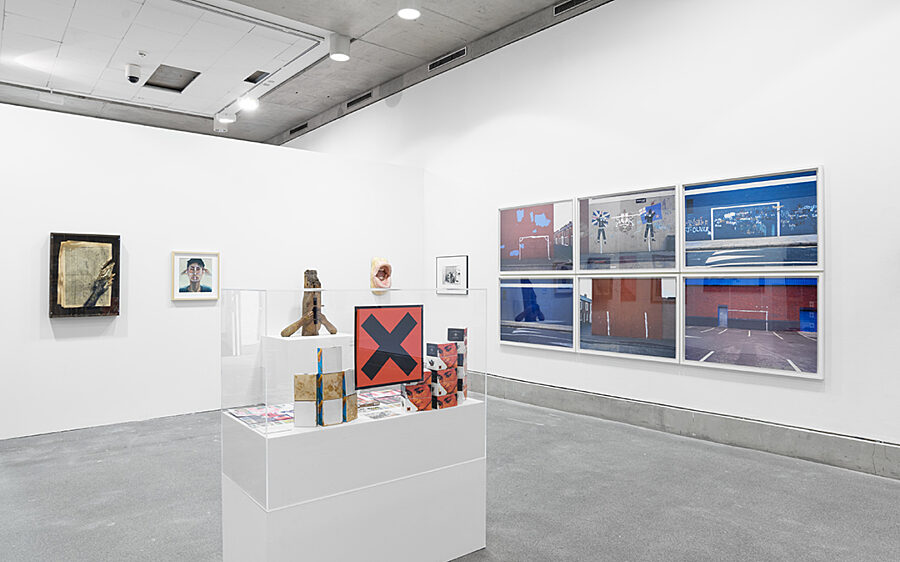 Public View (2017). Visible behind The Trophy Cabinet is part of Juginder Lamba’s wooden sculpture The Cry. 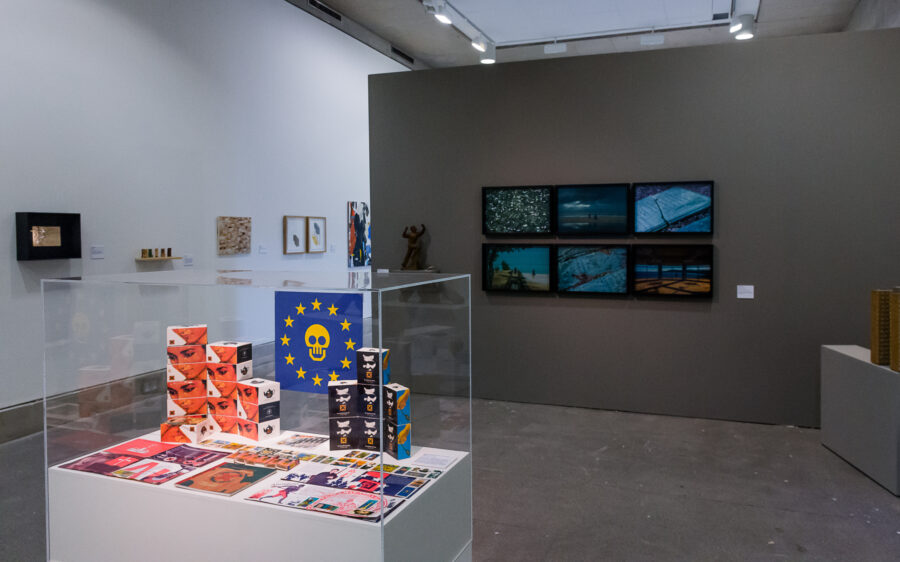 Ono became a highly influential figure in conceptual and performance art in the 1960s, including through her involvement in the Fluxus movement. She staged an event at Bluecoat in 1967, Music of the Mind which included a premiere of The Fog Machine. In the 2017 exhibition Public View, Music of the Mind (which included her Peek Piece) was featured again. She also returned to Bluecoat in 2008 to participate in Now Then, the inaugural exhibition in the new arts wing, when she also did a live performance in the new auditorium. 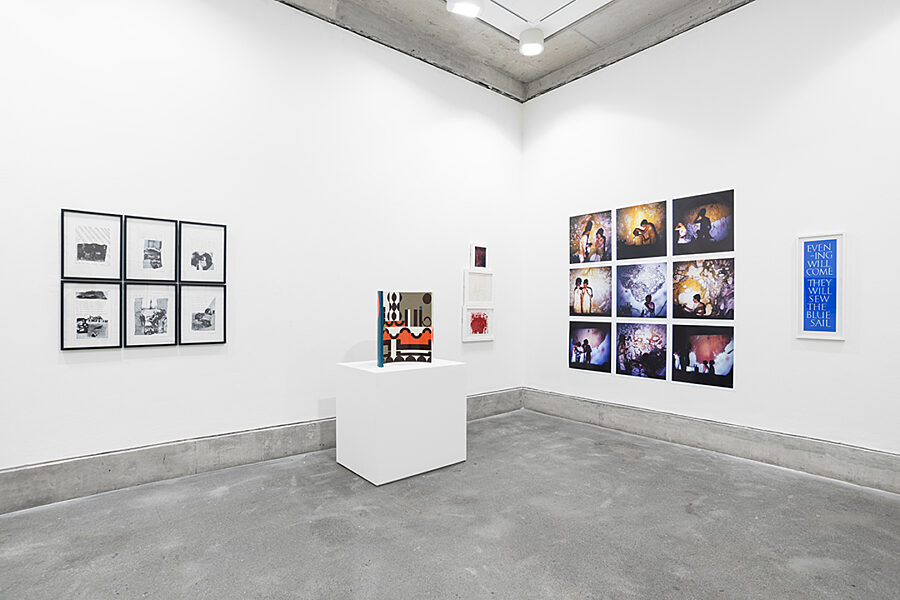 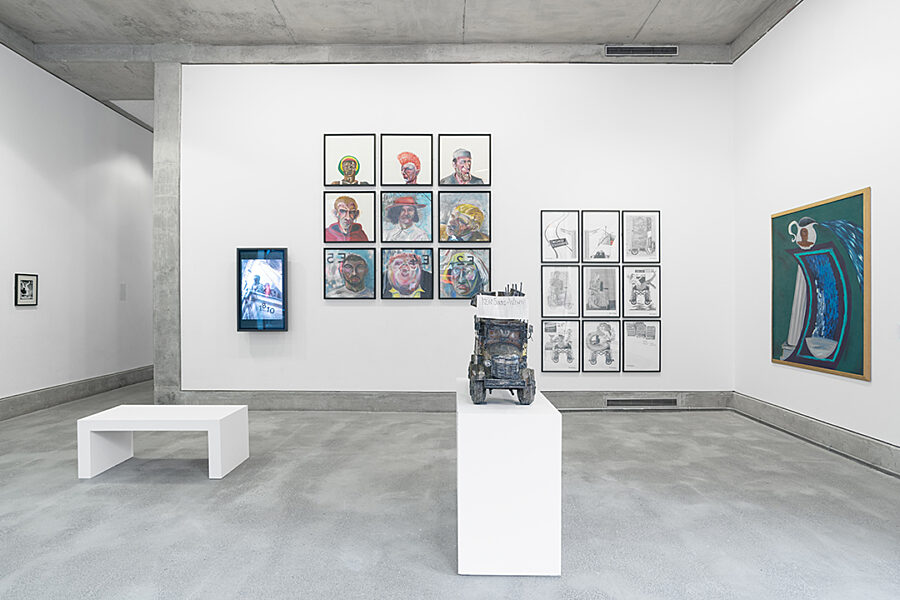 South Atlantic Souvenirs (Steve Hardstaff and Rick Walker) and Trouble (David Crow) included Trophy Cabinet in Public View, a work first exhibited in Trophies of Empire (1992). Taking three products of colonialism, the artists repackaged sugar, tea and tobacco to examine the ‘500 years of mayhem and plunder’ and colonial exploitation since Columbus’ supposed ‘discovery’ of the Americas.